The last three seasons have seen Mersea Island RFC go through probably its most significant phase of development since it was founded in 1989. Rugby Club Magazine spoke with Colin Morgan, MIRFC President, and Chairman, Peter Sheane – it is clear there is much more to come from this rapidly moving Essex club, whose recent growth very much belies their size.

Mersea Island, which is about five miles long by two miles wide lies just off the Essex Coast in the Blackwater Estuary about eight miles south of Colchester. Sailing and fishing are understandably the main past times on the Island but rugby has always been near to the hearts of the Island community and throughout its life the Club has always enjoyed their strong support. “High tide” for Mersea was the season 2000/2001 when they finished 4th in Eastern Counties 1 and included defeats of their much bigger neighbours, Colchester. 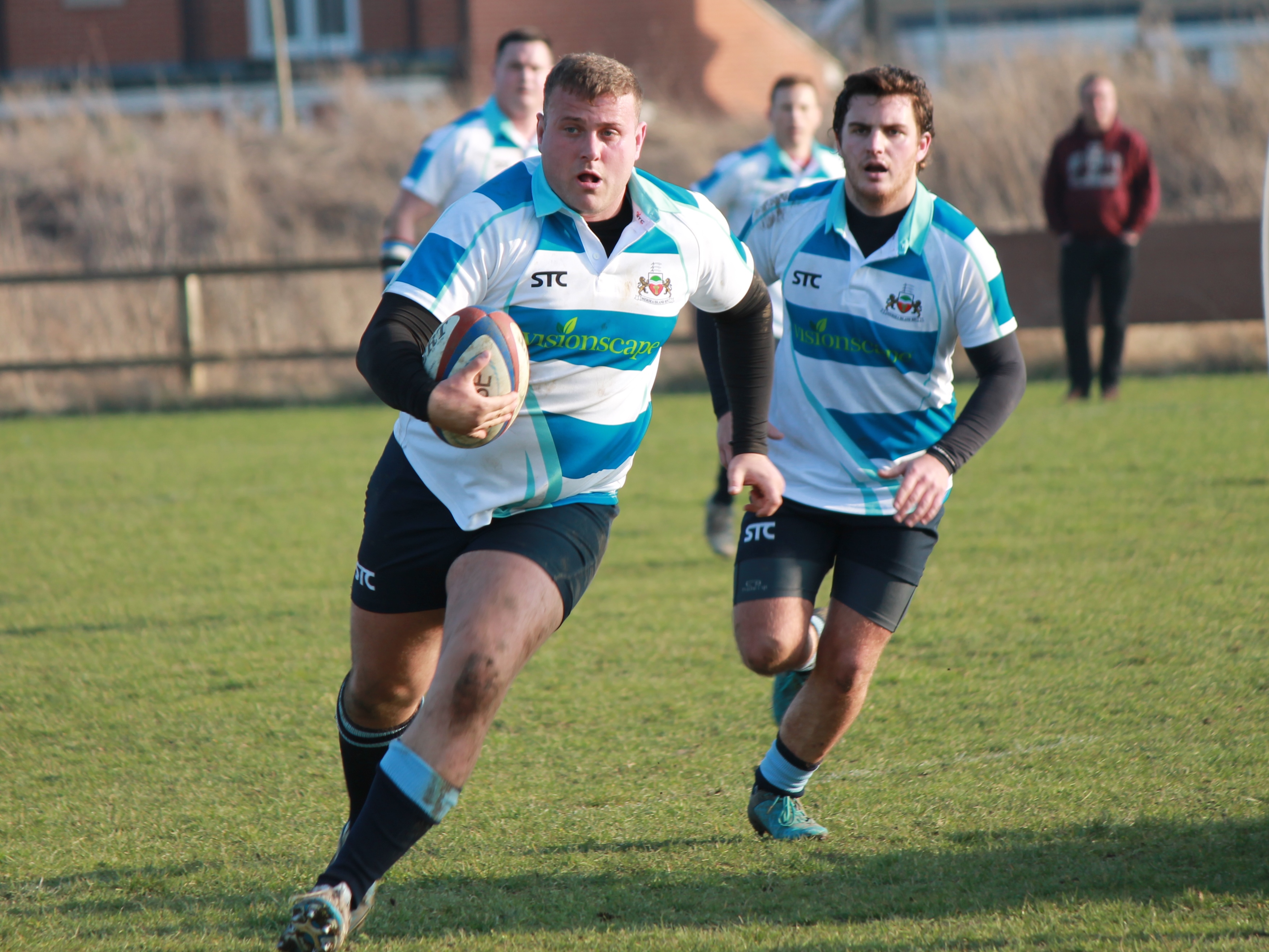 With substantial help from the RFU, Mersea moved in 2014 from their original base at the Mersea Outdoors Centre to The Glebe which has now become “The Home of Island Rugby”. Running two senior sides – the 1st XV “Islanders”, and 2nd XV “Rhinos” – MIRFC have always competed strongly and through the years have, amongst other successes, won the Suffolk Plate twice to add to their two Eastern Counties Division 1 titles. They have also been a busy touring Club with campaigns in Germany and France along with a tour in 2017 to Romania and the standout – a 3 ½ week tour to South Africa in 1998.

The Rise of Mersea Juniors

In 2016 a band of former players and Club stalwarts, led by Steve Daniels, decided to try to form a Juniors Section for the first time in the Club’s history. Looking back now at the end of this 3rd season there is no question that this has driven MIRFC on to a new age of success with the impact felt across the entire Club. 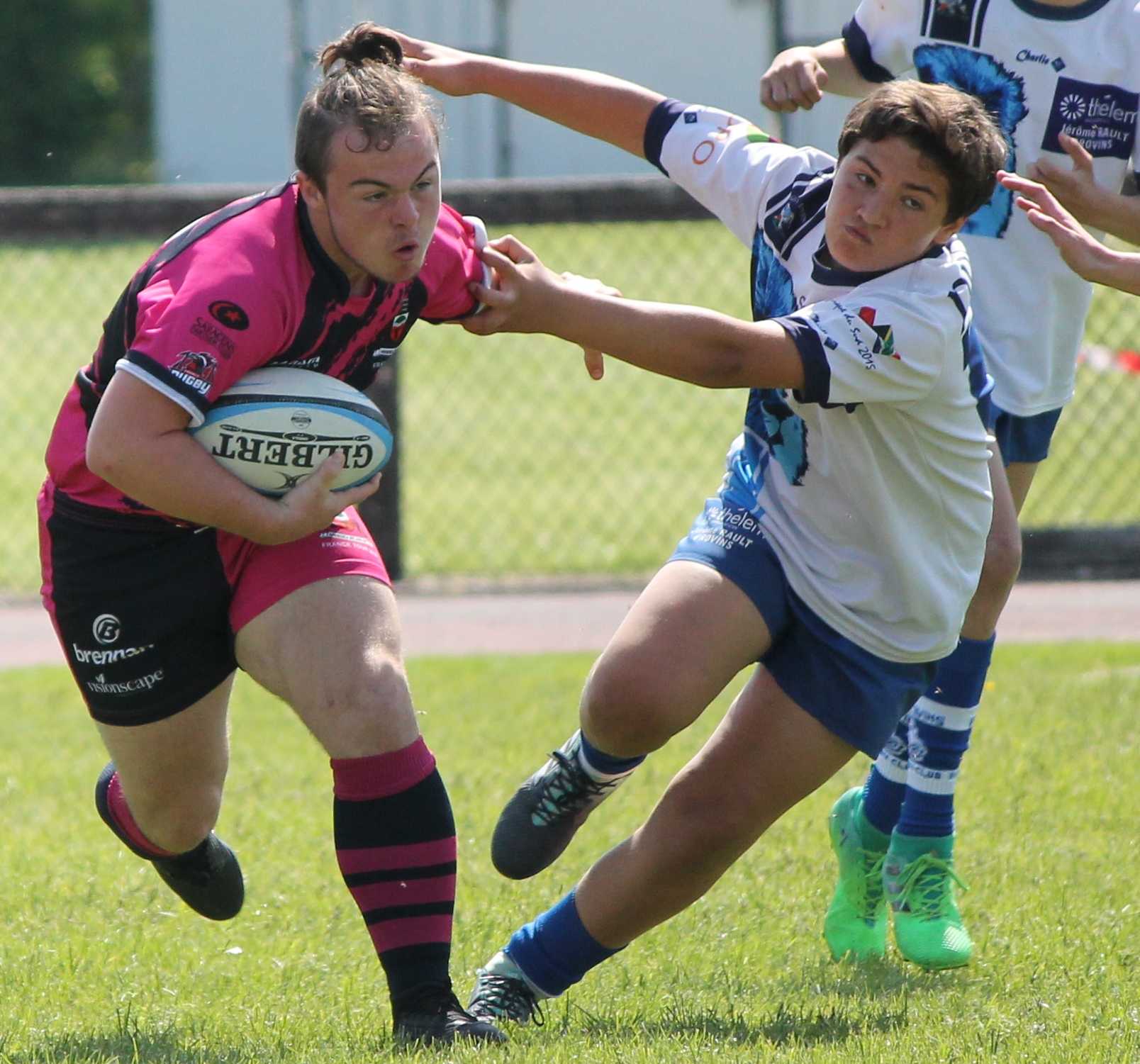 From that fabulous first enrolment day in July 2016 during which 70 Mersea Island boys and girls immediately signed up to join the new Mersea Island Junior Rugby Club, the juniors section has now grown to over 120 members and runs nine sides ranging from under 6 to under 14s (soon of course to become under 15s!).

From the outset, Juniors Chairman, Steve Daniels, has positioned the core TREDS values of Rugby Union at the heart of the juniors development, and has built their success to date on providing “A Safe And Enjoyable Place To Play Rugby”. This approach very quickly attracted a great corps of ex-players and parents to step forward and form today’s very strong coaching staff who continually work to improve their skills and knowledge of the game.

Our under 14s, under coaches Tom and Cal Brennan and Craig Sestak have developed into a very strong unit and were rated last season 6th out of the 36 clubs in Eastern Counties. They also won the Suffolk 7s and Suffolk Shield (full 15 a side). It goes without saying that all coaches are fully DBS checked and Sara Percival, the Club Safeguarding Officer, ensures that the safety of our young players remains a priority at all times.

Through the efforts of current Rhinos player, Dave Bredin, (ex 1st team captain and chairman who is now also the under 13s coach and whose son Peter plays for that age group) Mersea Juniors secured full Saracens Partner Club status in June last year. This has brought many benefits, not least of which have been the opportunities for our Juniors to provide the Guard of Honour at this season’s Saracens vs London Irish Aviva Premiership game, and to participate in the Unity Parade at the massive Sarries vs Harlequins match at London Stadium on 24th March. Delivering on the “Fun” promise we have also mounted numerous trips to Allianz Park for premiership matches and are now regulars at Twickenham for the annual London Round of the HSBC World Sevens Series. 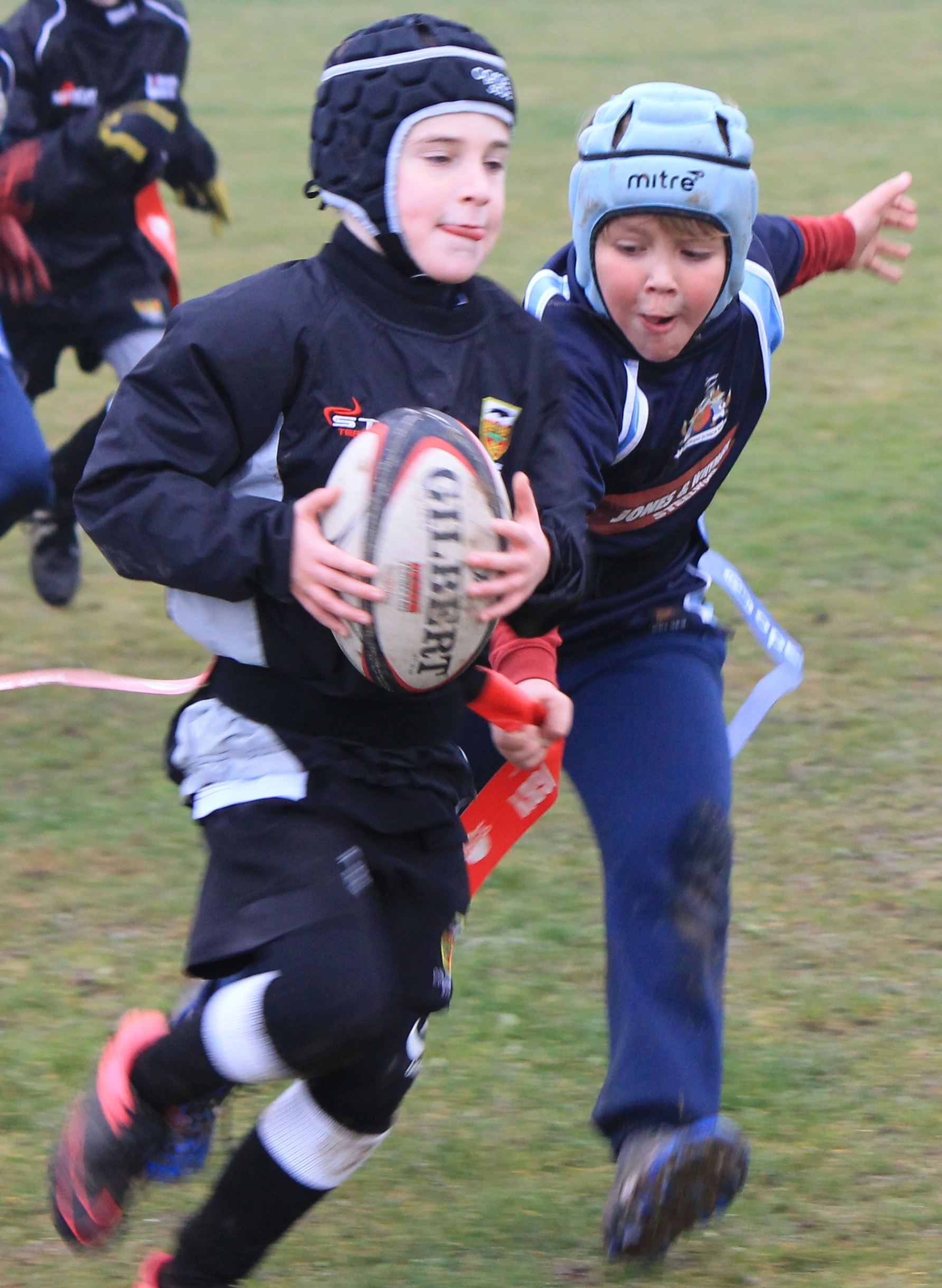 We were delighted last year to be selected as a Partner Club within the CBRE All Schools Programme launched by the RFU in 2012. Aimed at increasing the amount of rugby played in schools and encouraging new players to join local clubs we have been partnered with Thomas Lord Audley Secondary School (TLA), south of Colchester.

Through this partnership we have committed to raising the qualifications of our juniors coaching team and in return help TLA to become a rugby “Centre of Excellence” through delivery of regular coaching both inside and out of the standard school day. With RFU encouragement and support we also staged in February this year the inaugural All Schools Island Sevens Festival on Mersea Island, which saw some 20 teams over four age groups from nine local schools competing over a two day period.

Over May Bank Holiday weekend our under 14s travelled to Provins, France to compete in an international juniors rugby festival involving teams from Holland, Belgium, France, Wales and England. We took eighteen players, plus eight coaches and parents, for what was the first ever Juniors tour organised by the Club. The publicity leading up to the tour created tremendous local interest for the Club and attracted huge support in terms of both finance and community goodwill and offered the players themselves a wonderful opportunity to play and experience rugby abroad. 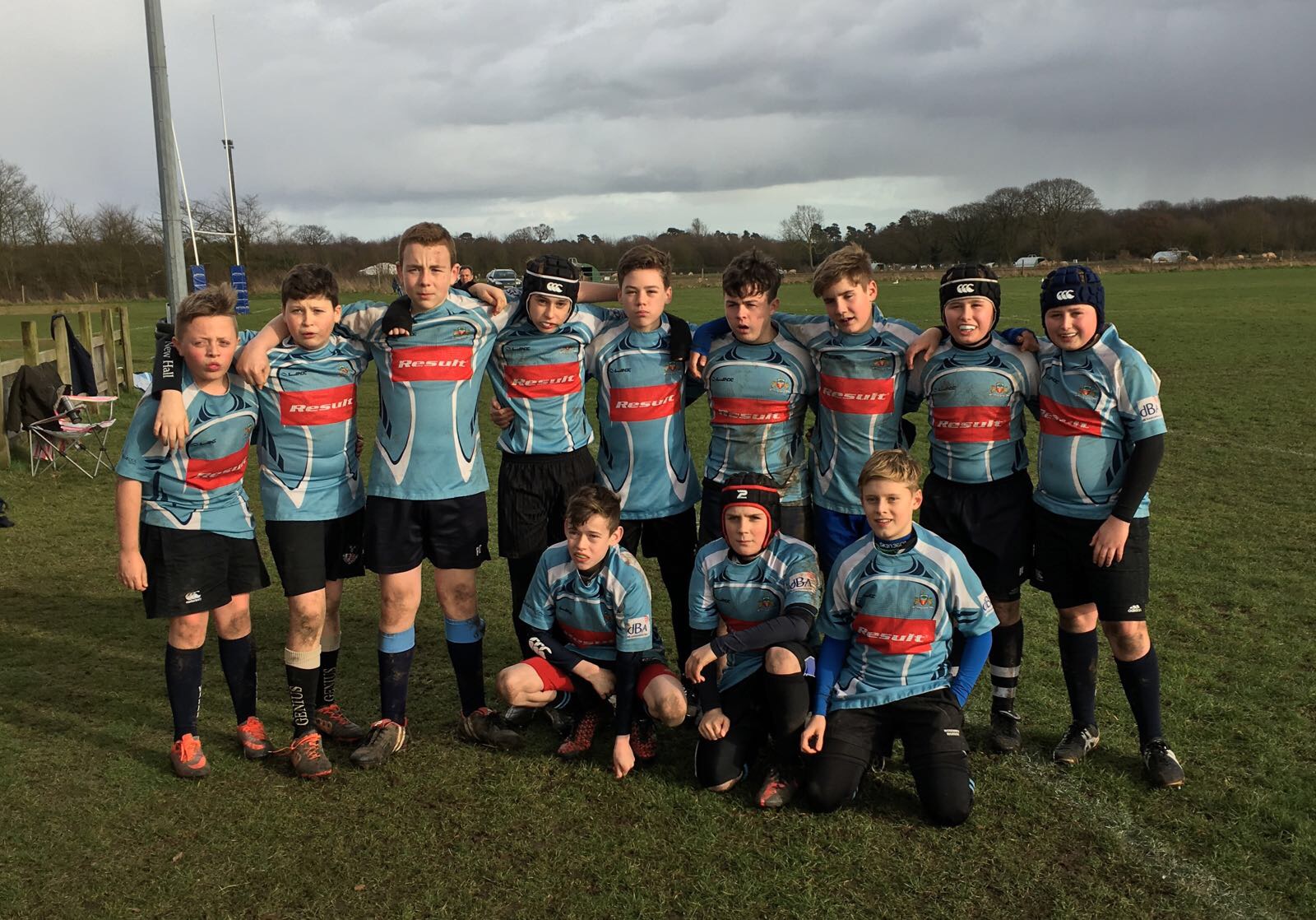 With the generous support of a group of local sponsors all team members were provided with a brand new custom tour kit and “stash” comprising tracksuit, kit bag, tee and polo shirts, training shorts etc. They certainly were the best turned out team at the Festival in kit designed by the lads themselves and produced by RAM Rugby UK.

Blessed as we were with fabulous weather, we arrived in Provins to something akin to a heroes’ welcome – with the whole town (population 15,000) set aside to allow a grand parade of all the participating teams through streets lined with people and a shower of confetti.

Following a welcome from the Mayor of Provins and other local officials the Festival got underway with teams split into two “Pools”. In our pool, Mersea were drawn on Day One with three other French sides and a team from Prague in the Czech Republic. The venue was a fabulously equipped sports complex and Mersea went on to end the afternoon unbeaten – thus securing their position in the following day’s semi-finals.

On Day Two Mersea took on the hosts, Provins in a very tough semi-final but won through to face another English side, Gunnersbury, in the Final. Sadly we lost that final to a better side but the lads played their hearts out and left the field with huge credit. This whole weekend was undoubtedly a massive success for Mersea RFC and we definitely plan to follow it with more tours at this, and maybe other, age groups next year.

The birth of the juniors section coincided with the arrival of Andrew “Windy” Windridge as Seniors Head Coach in 2016. It would be true to say the seniors were in need of some drive and direction and the last three seasons has seen that delivered in spades.

Spurred on by the energy and rapid growth of the juniors the 1st XV Islanders, having been relegated the previous season, swept through their Eastern Counties 2 South Division in 2016/17, won the Suffolk Plate, and moved up to the far stronger Essex 1. They have just finished 4th out of 16 teams and in the process made their way through for the first time in the Club’s history to the Suffolk Cup Final.

Though they lost that final against higher ranked Stowmarket, the season ended on a high with Mersea running out 22-21 winners against league leading Ilford Wanderers. 2nd XV “Rhinos” also had a great season and just missed out on promotion on the last day of the season. 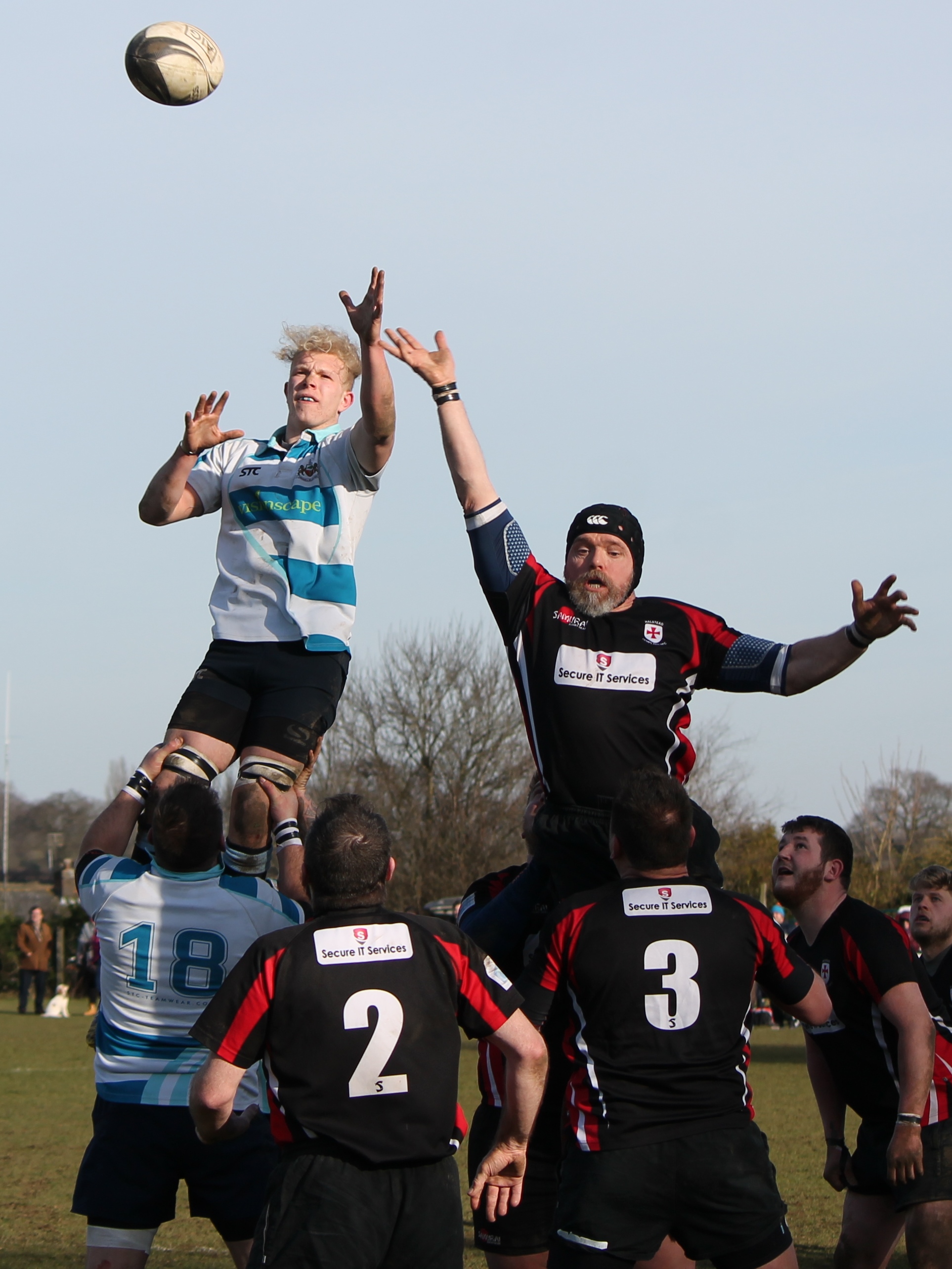 All in all then it is clear to see Mersea Island RFC are flying, but huge credit has to be given to our fantastic collection of 30+ sponsors who make it possible for us to provide the very best kit and equipment, and enable us to continue to build success on the field. Mersea Island is an incredibly close community and has never failed to step forward to support Rugby or indeed any other cause … especially where youth is concerned. Without them we would not be where we are at present and they are very much the jewel in our crown. We are of course always looking for new sponsors and anyone interested should contact me directly.

In return we take our role in the community very seriously, and whether supporting local events, beach cleaning, litter picking, tree planting or race-marshalling, we are always on hand to lend our considerable weight! The highlight of our community effort is the “Believe and Achieve” programme which, in collaboration with Mersea Island School, sees six members of the Club engaged in weekly mentoring with selected year 6 students to help them develop the confidence and self-belief their talents deserve.

Our continued growth brings its own challenges of course, and we currently face the need to install full lighting for one of our two main pitches as well as securing a Club vehicle to help ease the burden on “parent taxis”. We will be actively seeking RFU support to achieve these two targets.

For all associated with the Club the Holy Grail is that day when the first of our juniors takes the field as a 1st XV Islander and closes the circle, but in the meantime there is still much work to do including for instance establishing girls/women’s rugby along with the continual battle to keep our young players engaged.

Regardless of all of these challenges the one thing we will not compromise on is “fun”, and this will always be the one thing players, parents and sponsors can rely on in their association with Mersea RFC … love rugby, want to have some fun? … come to Mersea Island RFC! 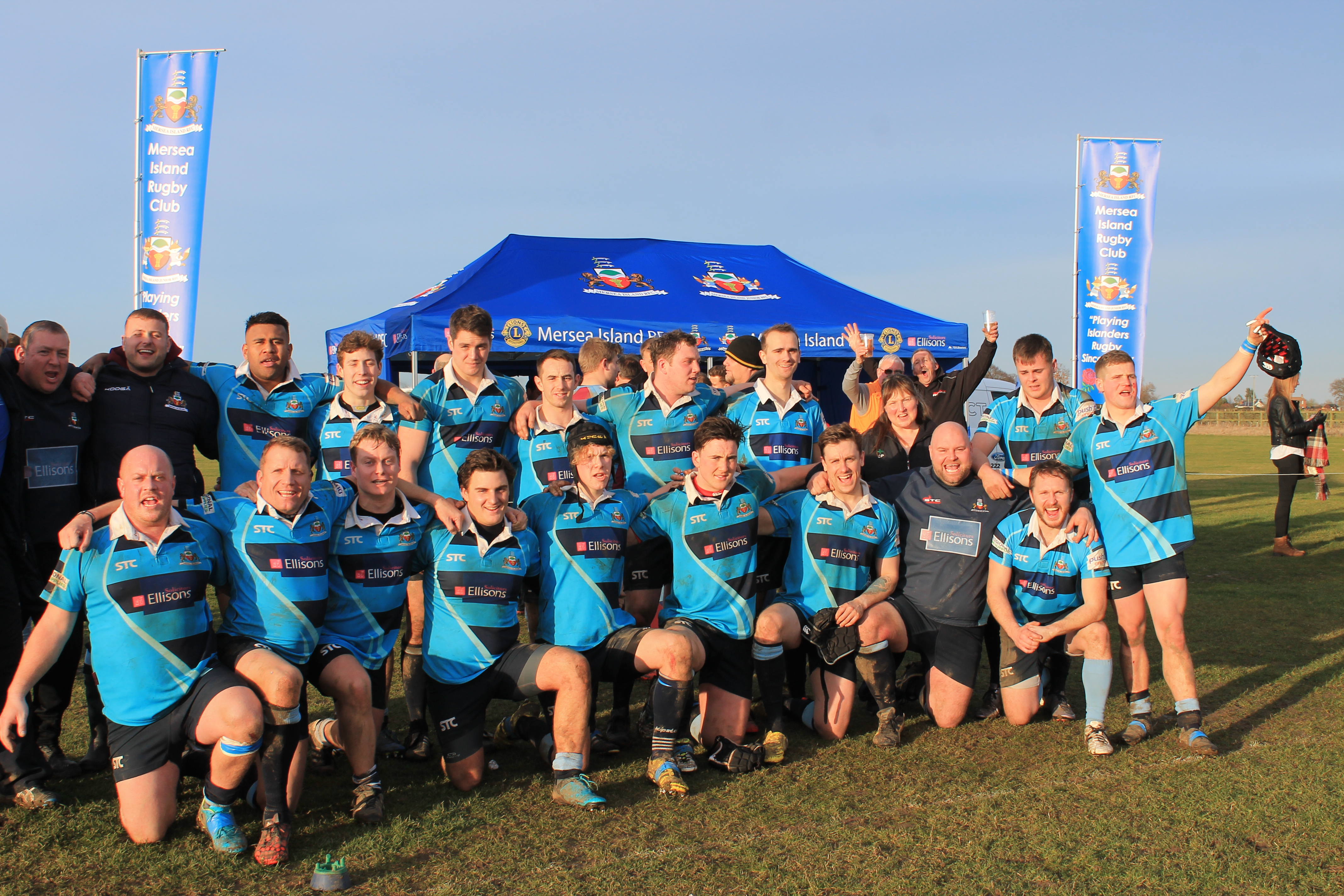