Old Newtonians RFC was established in 1904 by former pupils of the Alderman Newton’s boys grammar school in Leicester. The crest depicts a Fatimid Soldier surrendering his sword to an ancestor of Alderman Gabriel Newton at the 11th century Battle of Ascalon.

The club motto is “Non Sibi Sed Posteris” which translates as “not to them but posterity” or  “Not for Oneself but for Those Who Follow” and this still lies at the heart of the club today.

In the 1950s members acquired land in the rural outskirts of the city and built the present clubhouse which has since undergone extensions in the 1970s and more recent upgrades from 2012 to date.

Although the grammar school closed in the 1970s the club still counts ex-pupils as well as their sons and grandsons amongst the membership and has a proud tradition of working to develop strong local links and establish a reputation as a respected family friendly and community orientated rugby club with a welcoming atmosphere.

Our ethos is based on securing these values and sustainable facilities to attract new members and encourage players from all backgrounds to participate in sport, maximise individual abilities and develop good, solid team working skills both on and off the pitch while also promoting the physical and social benefits of being part of a wider community sporting organisation.

In recent years a combination of more demanding work patterns and the onset of the professional game have gradually made life harder for junior clubs and one of the biggest challenges is player recruitment. In 2015 we were still regularly able to field two or three men’s senior teams and an established ladies squad who achieved promotion in the national leagues and progressed to the semi finals of the National Cup. During the following season a combination of retirements and injuries resulted in declining numbers and morale. The men’s team were struggling and the ladies were forced to drop out of their league due to lack of sufficient player numbers.

Faced with this difficult situation our Club Captain, President and Coach amongst others stepped up and thanks to their hard work and organisation the players rallied round and opted to start the rebuilding process by moving to play in a more local league. Numbers grew and team spirit was restored resulting in a 3rd place finish at the season’s end with the real possibility of re-instating the second XV.

Likewise thanks to the commendable efforts by the girls of the remaining Ladies section which at one stage had reduced to only four playing members, the team is now fully restored and playing again.

The most recent outing on May 12th was a memorial game for Jasmine Mitchell, a university student who tragically died in May 2015 at the young age of 22. Jazz was a valued player with the club and part of the successful 2014/15 league/cup season. She is sadly missed by all who knew her. The game was a good close one with representatives of both the clubs she played for taking part.

Money raised goes to the Laura Centre which supports children who have lost parents and parents who have lost children and many local businesses in the surrounding villages and ladies team supporters contributed raffle prizes. The club paid for mounting Jazz’s shirt to go on the wall in the club and Jazz’s parent’s and family were extremely grateful, they were also presented with her away shirt similarly mounted. Thanks to all volunteers.

Charity support is very important to us and over the years various fund raising games have been staged and we are proud to have raised £9500 for LOROS, the local hospice in memory of our team manager’s son and club member who sadly passed away aged 30 in 2013 after a brave battle against cancer.

Friendships are often made for life in rugby and we have a strong belief in encouraging children to participate in the benefits of the playing and social side of rugby and see this as a positive step for future development and growth.

Some years ago Old Newts was home to an extensive mini/junior section which produced a strong colts side many of whom progressed through to the 1st XV remaining friends and supporters of the club after retirement. Three of these long standing members have expressed a wish to resurrect the Junior section with their own children and those of other ex-players and have our full support. Thanks must go to them for all their hard work which now sees plans well underway for this to start at the beginning of next season with ages ranging from micros to Under 11s.

We regularly host the Leicester Tigers junior weekend coaching sessions which involve young teams from all over the country and receive many compliments from visiting sides about the welcoming atmosphere and character in the clubhouse so it will be doubly pleasing to extend this to our own Juniors and visitors in the future.

To sum up, in today’s world challenges for Junior clubs are numerous and volunteers aren’t as plentiful as they once were but looking to the future we have a rapidly expanding housing development under construction in the club’s locality and as this becomes populated we will look to use the opportunities it gives us to publicise our club to a wider audience with the aim of expanding our membership and becoming a sustainable community sporting and social facility.

To quote the motto: Not for us but those who follow! 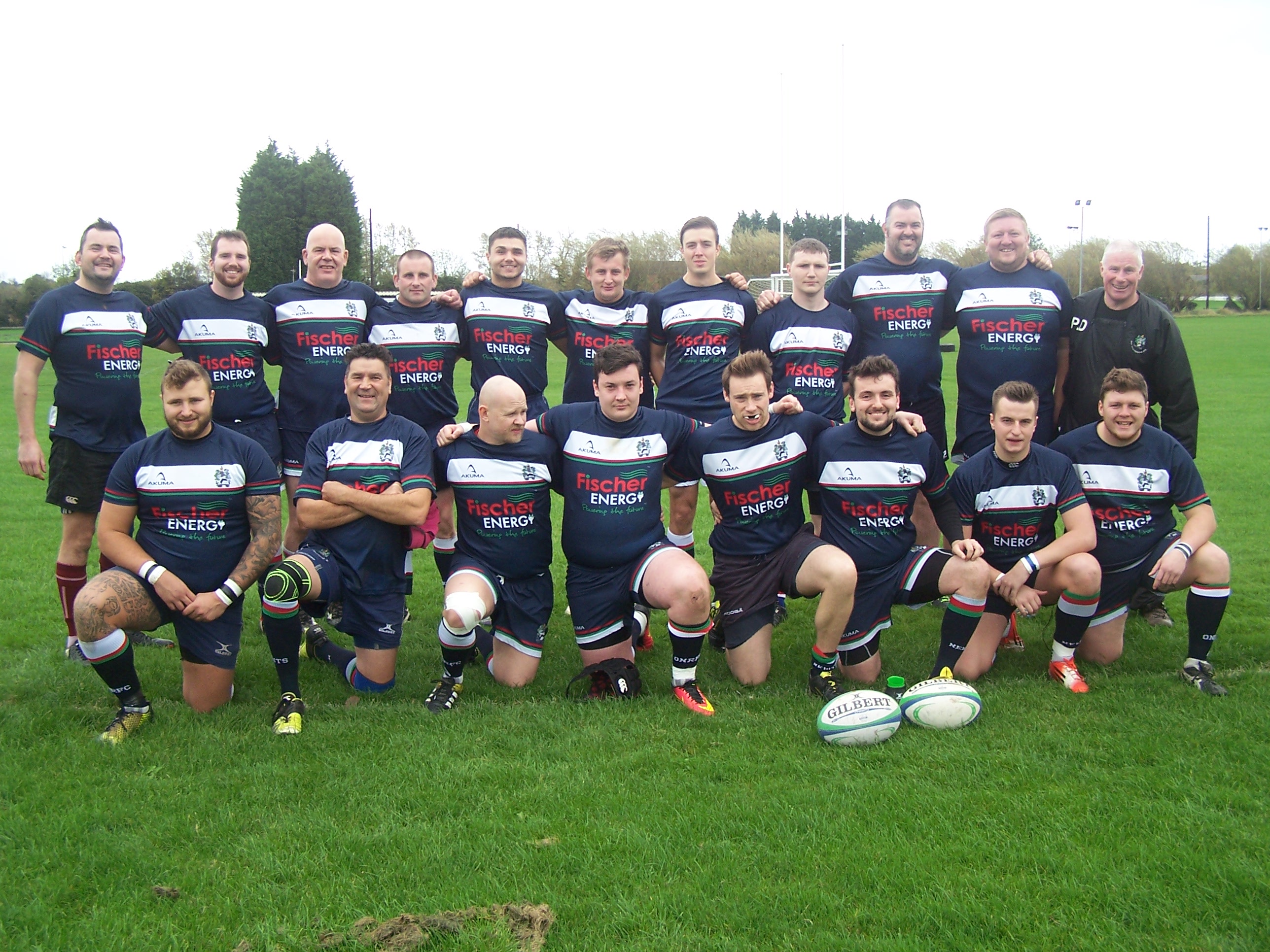