Strathendrick RFC was established over forty years ago and has a great reputation in West Stirlingshire as well as nationally in the rugby community. Rugby Club Magazine recently caught up with their President, Dave Beaumont to find out more.

He told us, “The Club is ‘absolutely buzzin’ to quote one of our first team players. Despite a very long season of rugby, the senior squad winning the league (securing promotion for the second successive season) put the cherry on top of the icing on a very large cake of success.

All sections, Minis, Midis and seniors are thriving and are hungry for more. There’s a huge amount of effort from many volunteers and supporters behind this and for Strathendrick RFC these are exciting times.”

“The 1st XV started poorly, new into West League 2, it may have been nerves or just lack of preparation, but losing in the Shield and our first two league games didn’t really lift the spirits. Our Midis had also just entered the Barbarian league, a brave move for our club and partner school, Balfron High. This was a big step up in terms of the standard of rugby for both seniors and Midis.  Then something amazing happened and we started winning.

Our coach, Neil Callander worked hard to bring up fitness and skill levels and also instilled a real sense of belief in the senior players. We didn’t lose another game all season, despite some very near misses and nail-biting last twenty minutes. For the Midi section it was tough to survive in the Barbarian Conference and they showed real character and determination against much stronger sides: they came through the test all the better for it and took a few scalps on the way, against the odds.

Towards the end of the season our Minis held the biggest mini rugby festival in Scotland with teams coming from all over the Central Belt, over 900 kids in all. It was fantastic to see and relied on volunteers from all sections to come and help on the day. It was great to see the Club pulling together as one to put on such a fantastic day of rugby. We even had the Calcutta Cup on display until it departed at about 2pm: I apologise now to the parents of the children who, on asking me where it had gone, I said “Back to Calcutta till next year …” 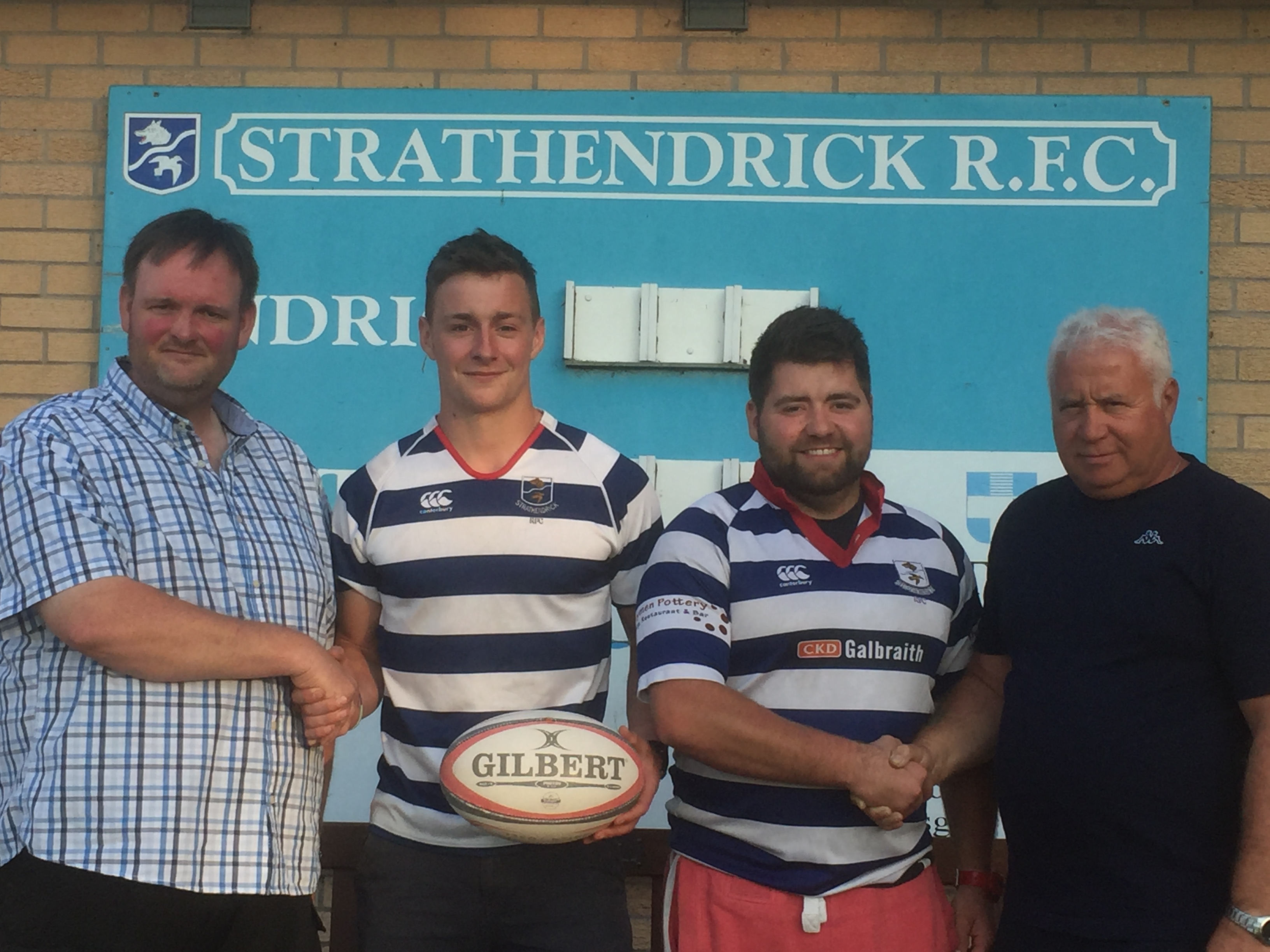 “I think the key to our success has been down to a few simple things; we have a common vision of what we want the Club to be and all sections have pulled together behind this. There are a number of dedicated and reliable volunteers who are fully committed to the Club, in all sections. The Club has started to feel and act like one big family. Our coaches are remarkable in the hours they put in and in their hunger to learn more and get more qualifications. 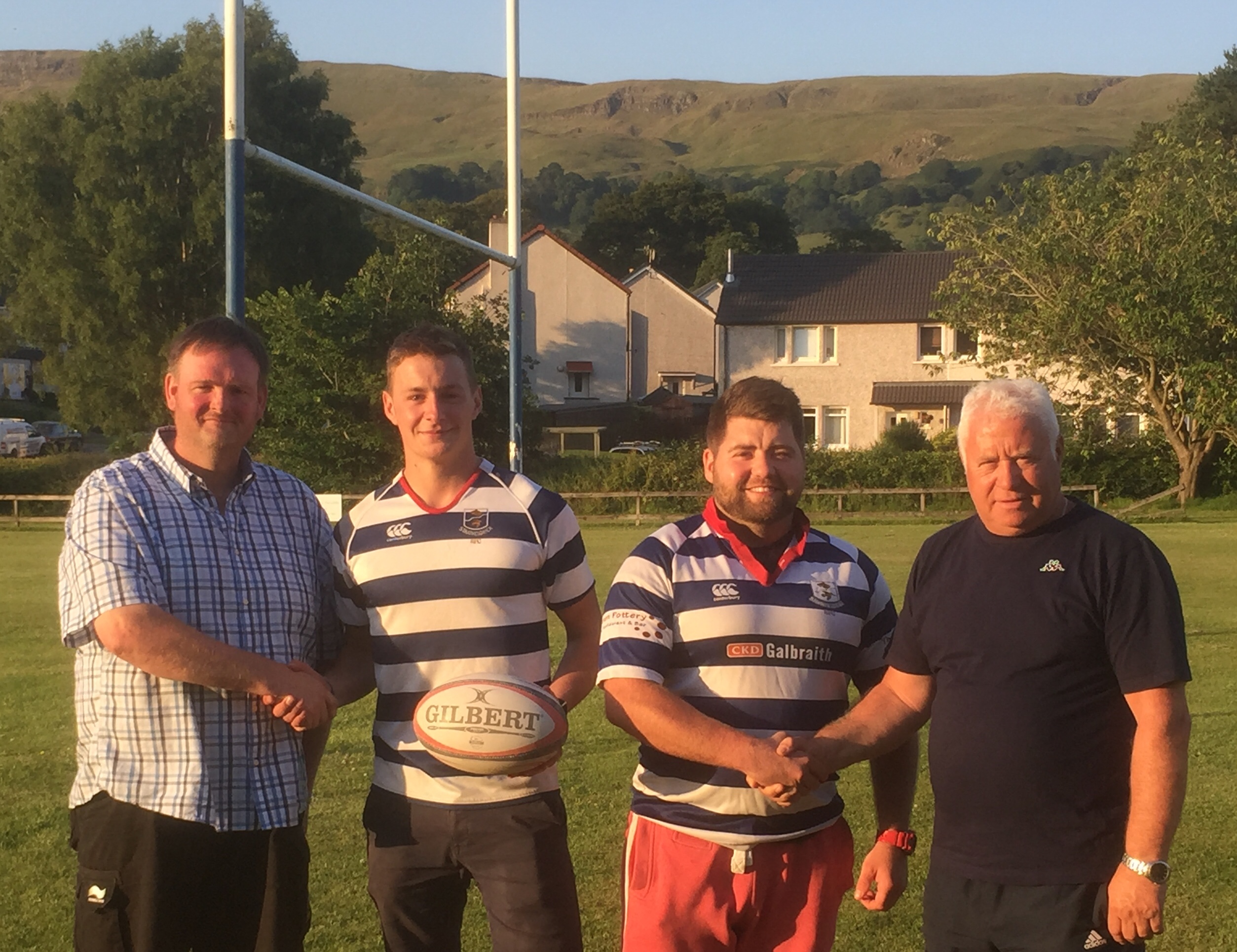 For our 1st XV, our coach, Neil Callander, came back to Strathendrick for the 2016/17 season, selling his house near London, moving his business and partner and for little more than a desire to help his old club out. Quite a remarkable effort for which the Club will forever be grateful. Working with our 1st XV Captain, Kyle Campbell, Neil really galvanised the senior section, bringing back quite a few former players and then welcoming in players from McLaren, a neighbouring club that has fallen on hard times (like so many clubs out in the sticks these days).  Some of our more seasoned players (those who’ve only tried to retire once), came back to enjoy the style of rugby that Neil was coaching and this helped to pull the senior squad closer together. Who would have thought that Ewan ‘Pieman’ McKay (at the age of 40!) would end this season as the West Region Player of the Year?

Whilst all that was happening on the pitches, there was an equally satisfying amount of effort going into the logistics and support that is required for any club to be a success. Our partnership with Balfron High School continued to be exemplary, producing some high quality young players – some of them enjoying success in representative squads.”

“Back into training so that entry into West League 1 isn’t a shock to the system! Neil has moved further away and needs to focus more on his business and we have appointed a new coaching team, Grant Sweenie and Les Wilson.

Our new Business Development Manager, Martyn Lawrie, is beavering away to secure the sponsorship, grants and funding that we will need to make our recent growth sustainable. We’ve run an incredibly successful Tartan Touch summer season, thanks to last season’s lead Mini’s coach (and Clubman of the year), Steven McCooey, and we are hoping that this will generate even more interest in coming to the Club to enjoy playing rugby or to help out. We need to keep attracting more new players, to add to those coming through the partnership with Balfron High School – and the prospect of playing a good standard rugby in League 1 should help this. 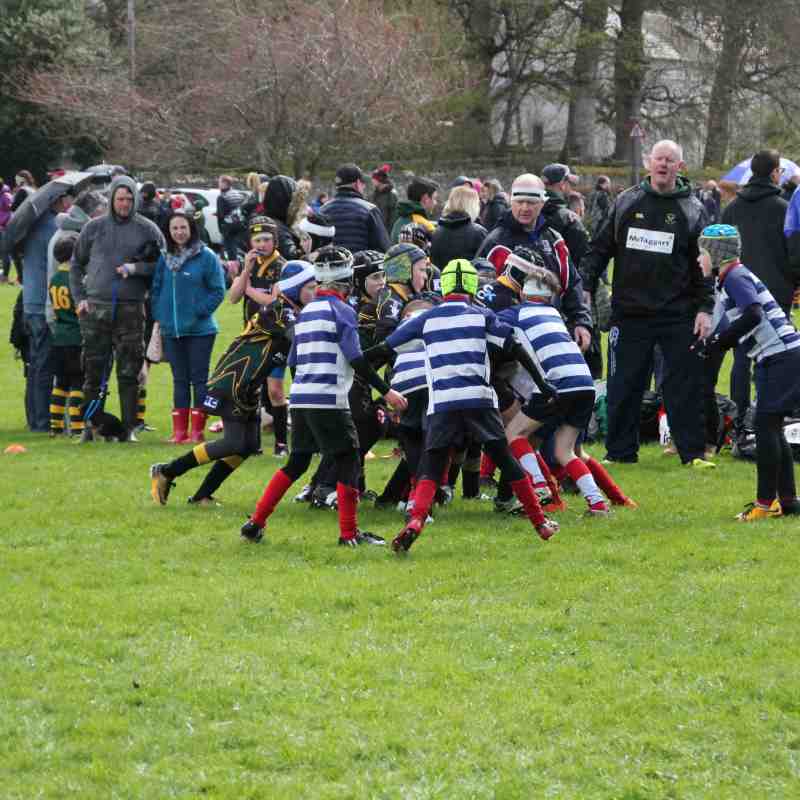 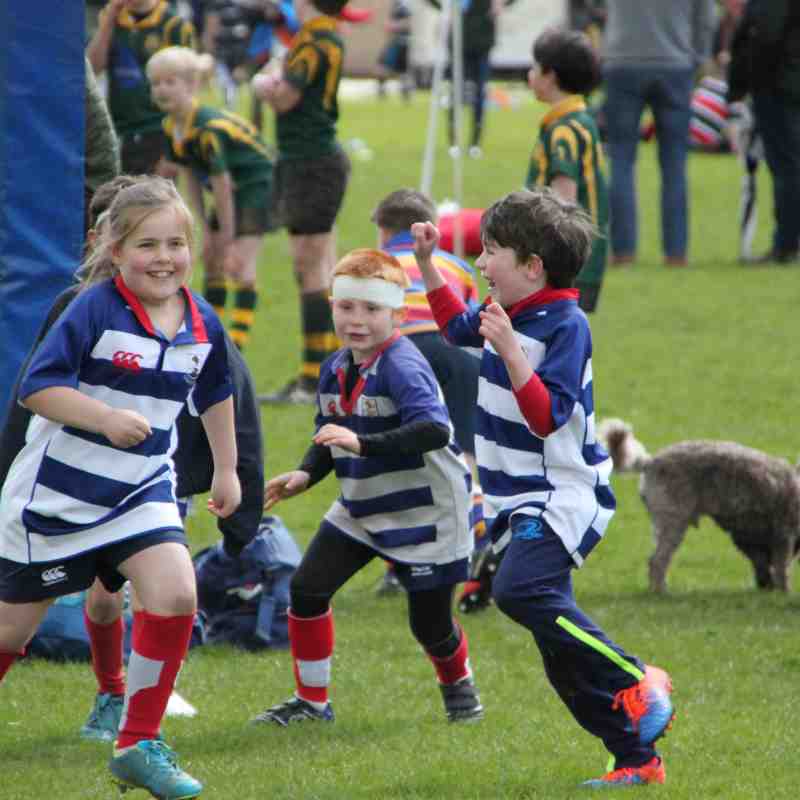 “Strathendrick RFC is very much a community club. The pool of players comes from a wide catchment of small villages to the west of Stirling and north of Glasgow. Based at Fintry, in an absolutely beautiful rural setting within the Campsie Hills, the backbone of Strathendrick comes from the farming community. The Club has always had a large number of brothers and father and son combinations used to the hardy life of hill farming and living in remote locations.

The community mentality and approach is an essential part of survival that is just ‘how it is’ and this is a thread that goes throughout the Club. The number of mums and dads involved in the Minis and Midis is remarkable and all of this enhances the big family feeling the Club has. We try to instil that sense of community within the players at all ages, for example, the Minis were out clearing snow this last winter in several villages and the seniors helped out with our Mini festival.

We run the Mini festival on a voluntary basis and use it to raise money for local charities.  This year we raised money for CHAS, the Prince and Princess of Wales Hospice and for MND, with Strathendrick players all wearing the classic Doddie Weir headbands.”

“Rugby is a hard game to sustain, requiring effort from players and supporting volunteers alike.  We’ve seen numbers of participating players decline year on year and once strong clubs go to the wall. Our biggest challenge will be to survive in this climate.

If rugby is to survive in Scotland, it is vital that clubs like Strathendrick continue and offer the chance of playing and enjoying this sport to hundreds of kids. The alternatives are easy options – footy or Playstation (other forms of sitting down, doing little, and enjoying yourself are also available!) and that is what we are up against. Long seasons with twelve teams in the league don’t help us. The efforts that our players put in were immense and this without the prospect of social, friendly, tour rugby to keep the spirits up – because there is no time. We went through a very difficult winter with long periods without a game due to frost, flooding or snow, or all three. This pattern of weather is likely to be the norm and that is a killer for the game with so many league fixtures to fulfil.

Our ambitions can be defined as upwards and onwards! In five years’ time, we will have secured funding to grow and keep the Club sustainable, we will have climbed through League 1 and into the National Leagues. We will have a very healthy and progressive programme of rugby with Balfron High School and be offering rugby for kids from 6 to under 18. Balfron HS will have two girls’ teams and Strathendrick will have a Women’s team. We will have produced some of the international stars of the future.

Most importantly, we will still be having fun, making friends and enjoying this fantastic sport.” 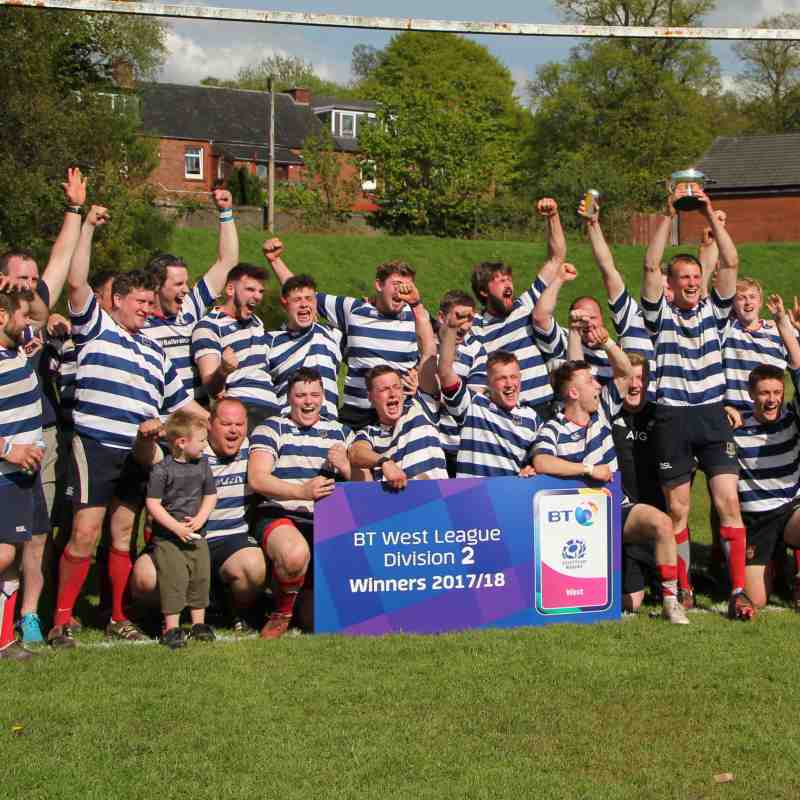