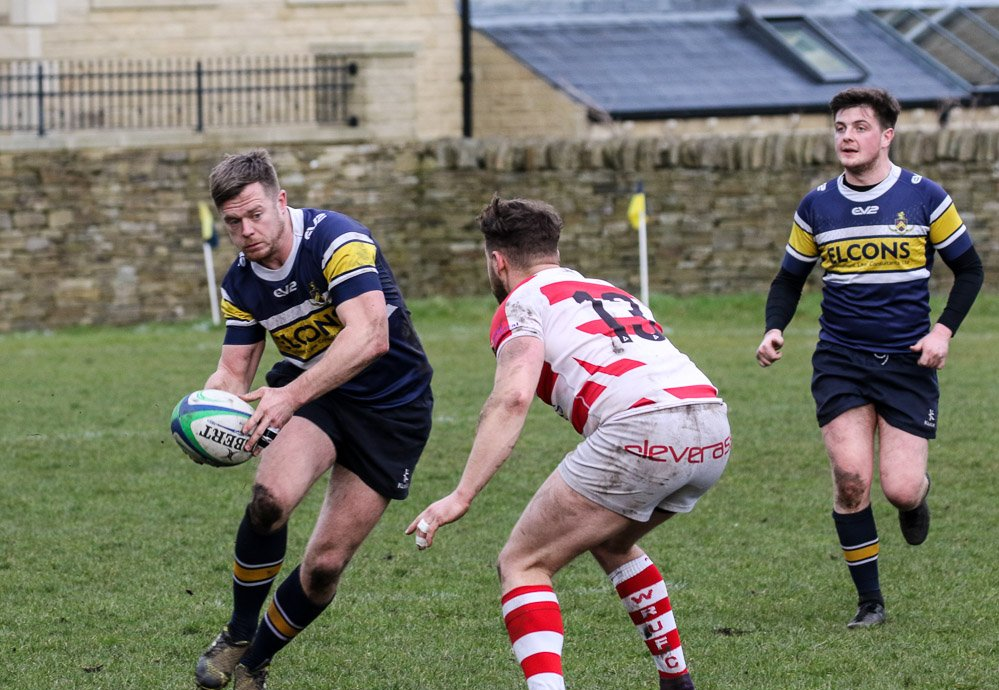 Old Crossleyans RUFC enjoyed a fine campaign this time around which ended with them clinching promotion. Plans are already underway to prepare for a new challenge and Rugby Club Magazine recently caught up with Chairman Howard Cooper to find out more.

He told us, “I first went down the club to play in 1972. It didn’t need any thinking about, as I attended the Crossley and Porter Grammar School and played rugby for the school, it was a natural progression to just join the Old Boys after finishing school and continue playing, you just followed the older boys at school.

This flow of players continued for many years after me including some who went on to higher spheres, including Brian Moore (England & British Lions), Jim Mallinder (Sale & England and later Director of Rugby at Northampton Saints) plus many more, for a relatively small school it turned out many quality players.

In my early twenties I did leave for six seasons to try my hand at a higher level, in those days there was no recognition for playing at a so called junior club, so I joined Halifax RUFC, a senior club, to try and progress my rugby career. I managed to achieve a personal goal in representing my county Yorkshire before the attraction of the Old Crossleyans once again called.”

“In a town where rugby of both codes dominates the round ball game, Halifax boasts six rugby union clubs plus a wealth of amateur rugby league clubs. There is a battle to fight for players from a relatively small pool, this is a constant challenge.

However, the reward for me is to see that the six clubs still survive and next season four of us will be competing against each other in Yorkshire Division One.

Purely from an Old Crossleyans prospective, after being the highest placed club in the town for several years, subsequent relegations saw us slip from that perch, but now we have managed to climb back to compete with the others.

During our difficult years we still had support from many of our sponsors, members and supporters who never gave up during the darker moments. To see the smiles on their faces when we achieved promotion this season was well worth the many sleepless nights I endured before.”

“The mood at the moment is vibrant and optimistic, who wouldn’t be after two seasons of relegation and a very close third one to be replaced with a promotion season. Remarkably, as I said previously from the depths of despair to promotion in one season was something totally unexpected.

The step up from Yorkshire Division Two to One is quite a big one having experienced this level before and it is only getting stronger. Once we knew we were promoted plans have started to strengthen our squad for the forthcoming season. We cannot afford to sit back and rest on our laurels, job well done for last season, but the next one is a completely different task. I am a firm believer that whatever division you play in you have to have the aspiration and desire to reach the top, whatever we achieve that will be our starting point.” 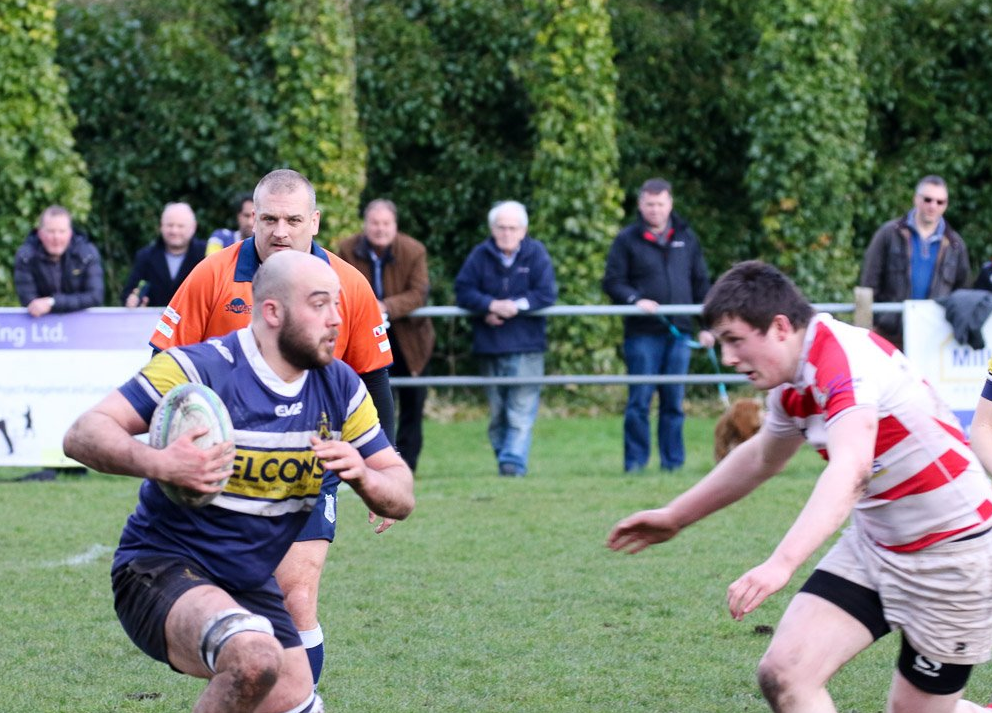 “Youth rugby is very important for us, for years we relied on a flow of players coming down from the school. For various reasons this has slowed down to a trickle, so we are heavily investing in increasing the number of teams at mini, boys and youth levels.

The girls section has been the shining light in our club for a couple of seasons now. We run three girls teams and their success has been outstanding in terms of results and equally in the numbers playing and training each week. The under fifteen girls team were a whisker away from qualifying for the National Final after winning their Area Final.”

This season we had five players at seventeen or eighteen years old make their debuts for the 1st XV and we were delighted at the way they seemed to fit in immediately with their playing colleagues. Our 2nd XV have now been replaced by what we term as a Development XV which gives the opportunity for the younger players to play open rugby at a reasonable level, and we do play them alongside several experienced players, many of which played 1st XV rugby for many years.”

“Our clubhouse is old, but abundant in charm and character; we recently upgraded the patio outside the clubhouse which provides an excellent outside facility with stunning views of the countryside around Halifax. This season we have added a gym and weights room for the players and have plans for further developments. We hire the clubhouse out for private functions including wedding receptions and parties, pre-match luncheons are held on a regular basis throughout the season.”

“Our challenges are probably much the same as most other clubs, attracting players at open age level against the many challenges that modern day society presents us with and adapting to accommodate the wider age range of players from both sexes wanting to play the game. Quite simply, our ambition is to ensure that everyone who comes to the Old Crossleyans to play, watch or socialise goes away happy.” 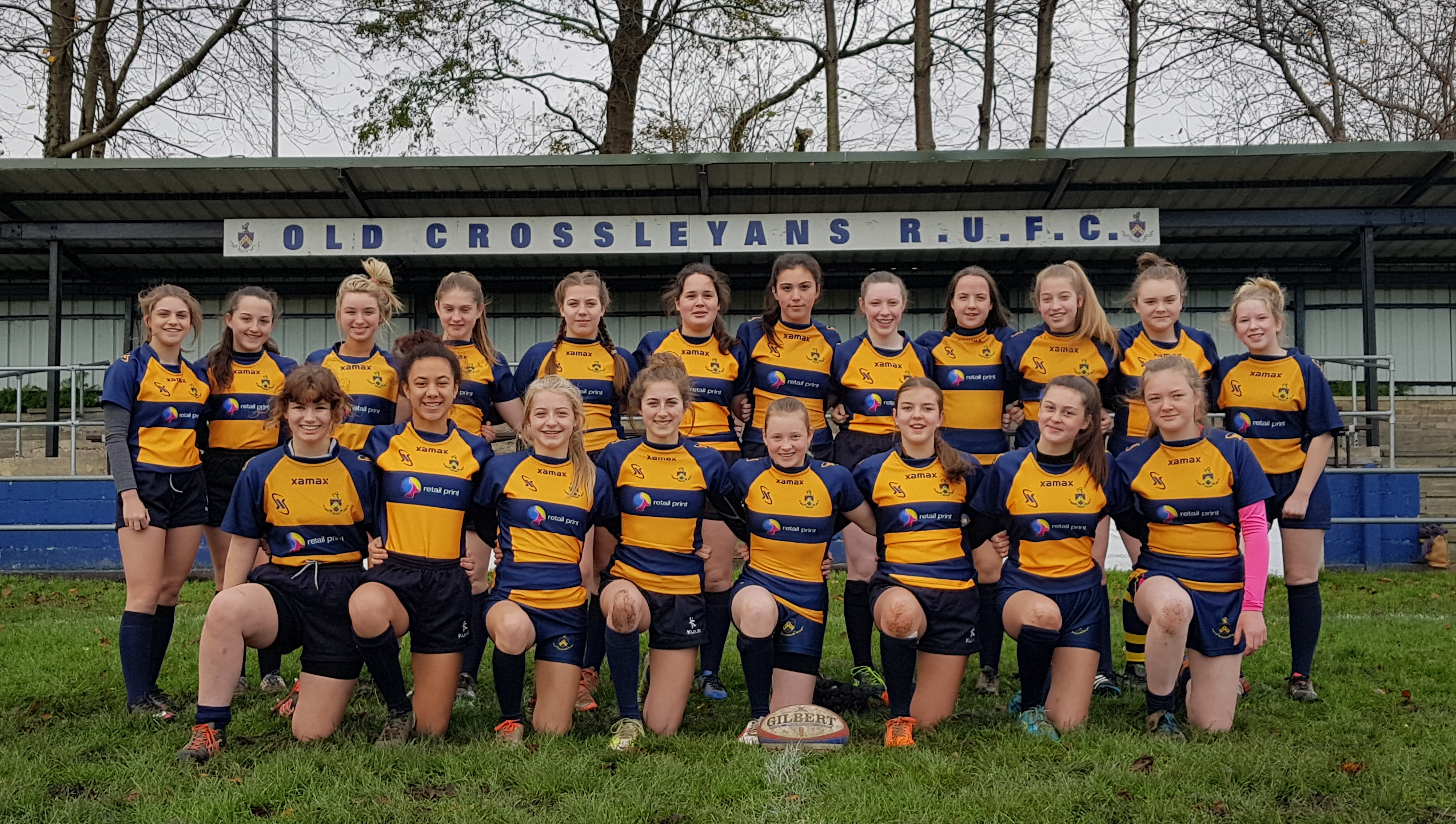