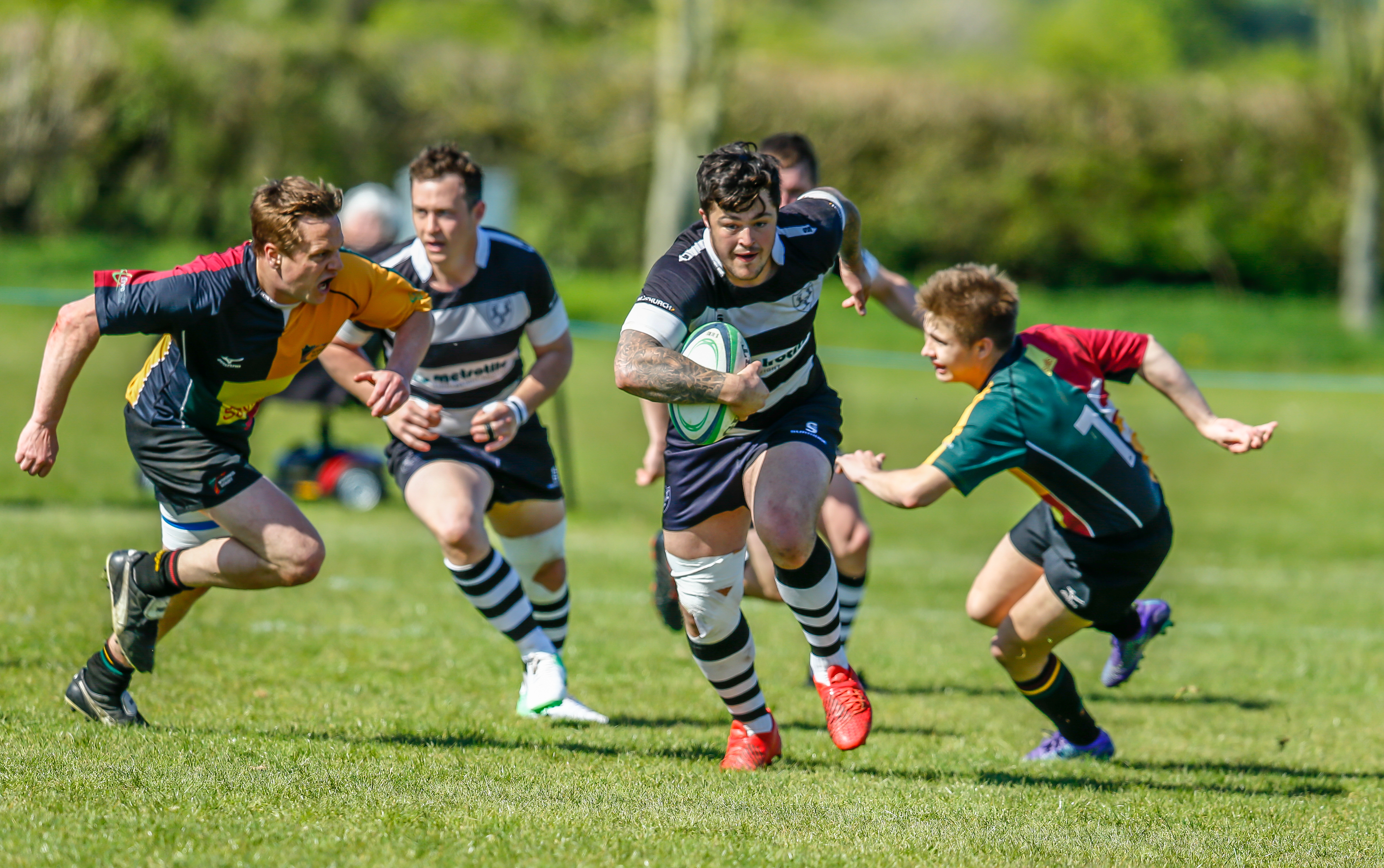 Chippenham RFC has enjoyed a fine season this time around and has built a reputation for playing a fast and attacking brand of rugby. Rugby Club Magazine recently caught up with Chairman Ian Banister to find out more about the good work they have been doing lately.

He told us, “I have been a member of the club for 18 years having moved into the area from Sussex. I already knew the club as my father in law had been club captain in 1959 and I had in fact come to the clubs opening event when they moved from the previous ground to Allington Fields in 1992. The club were ideally located to where I lived and so I joined the club with the intention of playing a few social games in the 3rd team.”

“The club has some 1000 members and is a limited company run by volunteers. The most challenging part of the role is to act in a professional, business-like manner regarding the strategy and objectives that the club wants to achieve whilst relying on volunteers to provide the time and support to get things done. The most rewarding part of the role is seeing the enjoyment that rugby brings to both children and adults, both from the playing and social aspects which means if we have smiling faces, we as a club must be doing something right.”

“The general mood can vary based on the performance of the senior side on a Saturday afternoon and the numbers that we get to mini and junior training on a Sunday. My impression and the feedback I am getting is that the mood of the club is very positive and that the communication across the club and the sections within it is working well.”

“The club have had a successful season, the 1st team finished 3rd in their league, scoring the most points in the league and playing a quick brand of rugby. They also won the Bath combination Final for the third year in a row, always good to finish on a high. The other senior sides met expectations in what they achieved.

The mini and junior sections won their fair share of festivals and cups during the season; we continue to be one of the larger clubs within the area with a strong playing and coaching base.”

“During the summer we are going through a period of development at the club with the kitchen being refurbished and doubling in size, as well as the introduction of a cricket section which will enable the club to become an all year round facility which can only help with the running costs of the club.

On the playing side we are looking to continue challenging at senior level, achieving the very best we can do and looking to recruit more players to the club to increase the depth of the senior section. One of the exciting plans is to establish a separate girls section at the club; we have recognised the increasing growth of girl’s rugby and we want to support the initiative by focusing on this area. At present we run three sides and the ultimate ambition would be to have a successful ladies section competing across the region.”

“With one of the larger sections in the area we consider the mini and junior sections to be the foundation upon which we can build the future of the club and the senior sides. We have a great group of coaches and parents who every week support their children, come rain or shine and the club recognises that we need to provide the clubhouse and facilities to support their continued success that the various age groups are achieving at the moment.”

“Integrating young players into the senior section was one of the key initiatives that the board set at the start of the season as we recognised that, as with most clubs, we were having a drop in player numbers across the 16-18 age group.

To try and check this trend we have put in place a clear policy for the transition of the U16’s into the development squad and subsequently into the senior squads. One of the key successes this season was the introduction of a separate rugby committee to solely focus on the rugby playing side of the club, bringing together the section chairs and coaches across the club so that we have the same vison for the rugby side of the club.”

“One of the biggest challenges is driving the non-rugby income of the club. We have a great facility and clubhouse that is the envy of many other teams around the South West and we need to maximise its use. This additional revenue will help maintain and further improve the facilities.

The other big challenge is maintaining and hopefully increasing playing numbers in the senior section. This is an issue for rugby clubs right across the country as there are so many other distractions that young people have today. As a club we need to demonstrate the benefits that playing rugby can offer young people not just in enjoying the game on the pitch but also the enjoyment off the pitch in terms of friendship and an active social life. Our vision is to be the best amateur rugby club in the South West, not just on the playing side but about the clubhouse, facilities, and income. We are on the journey but not there yet.”